Written and performed by Oxford-educated experts in the more offbeat sides of London’s history and culture, energised by actors and musicians, and driven by witty and evocative narratives, an Unreal City tour is a cathartic voyages of discovery. 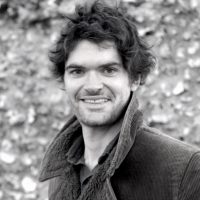 After completing a PhD in the history of the media at Oxford University, Dr Matthew Green hung up his gown and mortar board, moved to East London, and turned to popular history. He is the director of Unreal City Audio and the author of the critically acclaimed London: A Travel Guide Through Time (Penguin). He writes for the Guardian, Telegraph, FT and Londonist, has featured and co-presented documentaries on BBC1, BBC2, ITV, Channel 4, Discovery and PBS, and gives sell-out talks all over London and at literary festivals. He is currently writing a book on Britain’s lost cities, ghost towns and vanished villages: The City that Fell Off a Cliff. It will be published by Faber (UK) and WW Norton (North America) in 2019. Matthew is represented by Chris Wellbelove at Greene and Heaton, and you can find him on Twitter @drmatthewgreen. 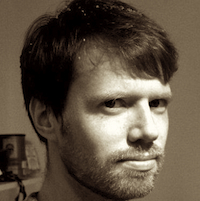 Musician, writer and developer Duncan Brown was educated at Oxford, went on to train in journalism at City University and then worked as a digital strategist at Westminster. Uninspired by a government job, he co-founded Unreal City Audio with Dr Green in 2012. He now co-writes and manages the tours and unearths forgotten folk songs to accompany them. 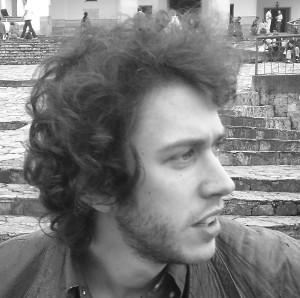 After completing a degree in ancient and modern history at the University of Oxford, Edward Shawcross variously ran a bar on the French Riviera, taught English in (South) Korea and then Colombia, ran online and offline marketing campaigns for a London-based start up fashion label and organised events with high-profile public speakers for an international speaker agency. In 2012, he completed a masters in history at UCL where he is now researching a PhD on nineteenth-century French imperialism in Latin America.

The tour was simply amazing! It provided a depth of information that was academically appropriate, but you delivered it with a style and flair that was highly entertaining for university students—they absolutely loved it. I told the class that I especially enjoy a “field trip” that teaches ME something, and yours did! The anecdotes and “tales” brought the early history of print media to life. Nice job!