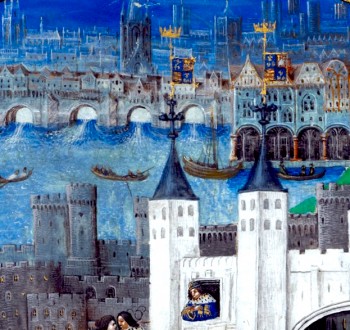 Step back in time and experience the sights, sounds and tastes of late medieval London on this immersive wine-tasting tour led by acclaimed historian and broadcaster Dr Matthew Green

Featuring a couple of pit stops in hidden City taverns, and a lost vineyard, to drink fine medieval wine and chat to your fellow travellers: the wine is included in the price.

*** This will be an impeccably socially-distanced event *** Facial masks and drops of hand sanitiser provided to those who need it.

In 1390, London was a walled city of 40,000 souls, a gleaming White Tower (pictured) and one of the biggest Gothic cathedrals in Christendom. It was modest European significance – roughly a square mile in extent – yet would eventually blossom into the biggest metropolis in the world.

Its citizens loved wine; certainly, they were rarely sober. Vintners grew their own wine in the vineyards of the City and merchants imported delicious malmsey and Gascon wines from further afield, making London an important node of the European wine trade and we will take the fêted grape as our prism to explore everyday life in the medieval metropolis.

Glass in hand, let Dr Green guide you through this stark medieval world from the crumbling Roman walls, to Cheapside and the Vintry, the wine-importing (and growing) district where Chaucer’s father lived and beyond to the ancient port at Queenhithe. We will finish with malmsey wine overlooking the Thames, taking in the full panorama of medieval London.

En route, you will participate in a musical humiliation ritual reserved for vintners caught selling putrid wine; visit a young anchorite willingly imprisoned in a tiny cell for the rest of his life; witness a barefooted murderer standing on the threshold of a sanctuary about to abjure the realm in a white cloak; admire some noblemen’s gentle hawks and gyrfalcons nested in the Royal Mews at Charing Cross; hear the story of the elephants, lions and polar bears in the Tower menagerie; and finally meet vengeful Erkenwald, London’s forgotten patron saint, now banished to a sleepy suburban street in East Acton.

You will finish in a cosy tavern overlooking the Thames, drinking malmsey wine and swapping tales with your fellow travellers à la Chaucer’s pilgrims.

Packed with anecdotes and revelations, this gripping and unusual tour will challenge your perceptions of life in the Middle Ages, illuminate London in a formative period of its overall development, and hold up a mirror to the very different capital of the present-day.

That, and an excuse to drink some delicious medieval wine.

More about your guide…

Historian and broadcaster Dr Matthew Green is the author of the acclaimed book London: A Travel Guide Through Time (Penguin), which has been described by William Hague as ‘an excellent and vivid work of history’, by Liza Picard as ‘a must for anyone interested in London’s history’ and by the Londonist as ‘easily the most engaging social history of London for a decade’. Matthew also writes historical features for the Guardian, Financial Times and Telegraph among others, and has featured in TV documentaries on BBC 2, ITV, Channel 4, and BBC4, and is a regular on BBC Radio London. He is the co-founder of Unreal City Audio. 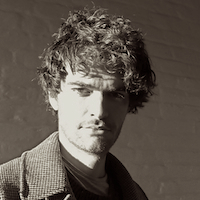